21 replies to this topic 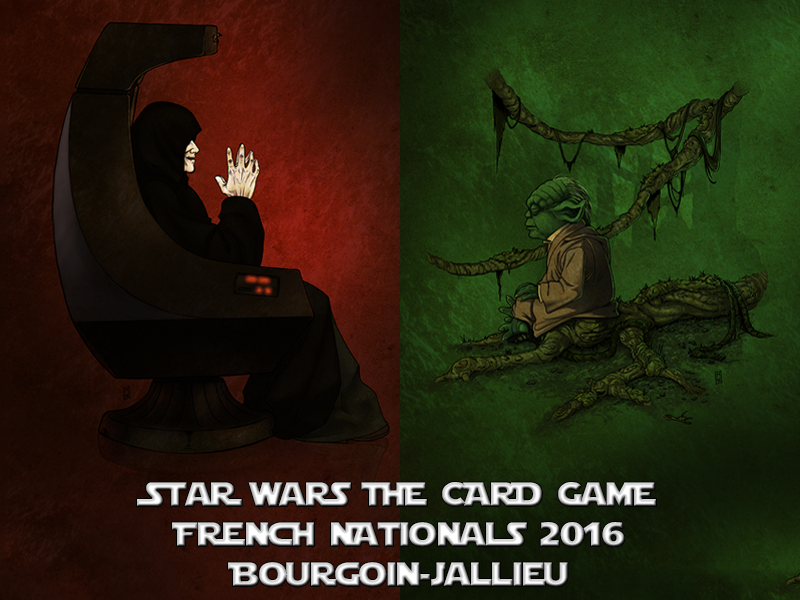 Here’s the prizes for French Nationals 2016.

First, the nationals kit from FFG: 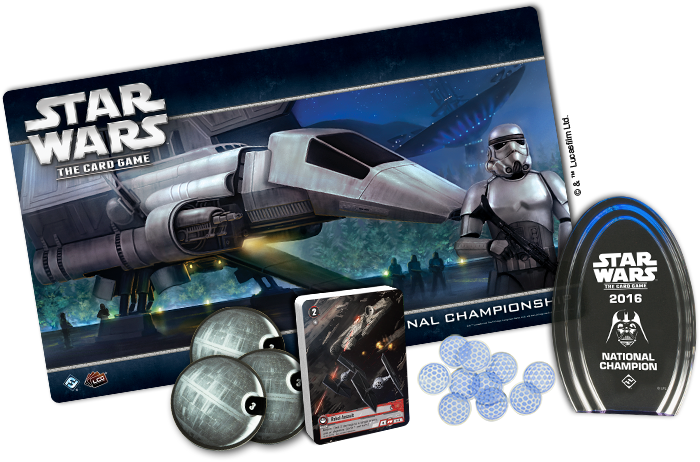 - The french champion will get a trophy and a bye for the first round of world championship, which will take place in November. He’ll also have the great honor of representing France and to try to become the first french world champion.

- The top 4 players will get an acrylic death star dial.

- The top 8 players will get a magnificent playmat featuring "The Emperor’s Legion".

- The top 16 players will get a set of acrylic shield tokens.

- The top 64 players will get one "Rebel Assault" alternate art card. 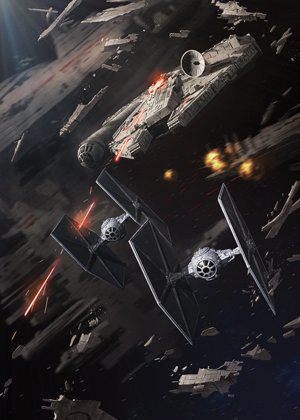 Let’s continue with our prizes, specially crafted for the event.

The first series has been commissioned to the illustrator Mischiev Delattre.

We asked her to design 4 different illustrations, around 4 iconic Star Wars characters.

We’d like to thank med_freeman and Kalisha Stark for the effects and formatting of the cards.

The first prizes are Force cards featuring the Emperor himself and Grand Master Yoda.

Since they didn’t get their Force cards counterparts already, we chose to give a tribute to these great Force users:

Each player will get 3 of each force card.

The next prizes are alternate unit cards, Luke Skywalker and Darth Vader.

About Darth, we wanted to make an alternate of the meanest Force user of all time.

On Luke, even if we love Tony Foti’s work (core set’s Luke card illustrator), we were thinking of him resembling his younger self, carefree hero from "A New Hope", in white clothes, training with his lightsaber.

Each player will get one of each card.

A word about the author:

Mischiev Delattre is an illustrator who worked for several web-series, and has illustrated different board games.

You can find her work here:

We’ll now continue with the prizes created by me.

They are cards given to the top and bottom player of a given affiliation.

Let’s start with the lightside factions:

Come back soon for more )

Next prizes coming soon to a galaxy near you...

Some new stuff up here, rebels!!

Where did you get the alt art templates? I've always wanted to make alt arts, but never had the ability to...

(The rogue squadron x-wings are awesome... Flying nicely in space... Crashed in a swamp...)

Thanks !
I made half alt art templates (smugglers, rebels, sith), another french TO made the others (jedi, navy, scum), and a spanish player i met at barcelona gave me his templates, and i used his neutral after making a few mods. I also spent tenths of hours on developing a strange eons plugin, finding fonts, extracting cycle icons, vectorizing combat icons, doing alignment check between my cards and promos, developing code to generate colored combat icon borders, outlined numbers, adaptive height of alt art text box... etc etc
So now making a cards takes me the time i need to find artwork + 2 minutes.
I plan on releasing the software when it'll be perfect, for now i'll share it with people that helped me.

New stuff up there !! Smugglers and sith !

I love the stripped-down aesthetic on the alternate Force cards!

And now... iconic ships revisited!
First, the light!
(probably given at random during the tournament, not sure atm)

I'll design (or make) some of the cards for you... Pweease? Just the templates...

Look for all the ships up there !!!

Is that the Stalker's art on this alt Thunderflare? If so, that might not be the best idea - could cause some confusion during a game. Other than that, the ships are stellar-looking and you're making me incredibly sad to not be going!

Edit: oh right.... it seems i'll have to make a new one.. Thanks ! You're the first to notice this, the stalker is not played so much around here..

Thanks for the compliment ! I wish i could draw these myself !

Alternately, do you mind if I steal the templates myself (or, I'll try at least, with my limited photoshop knowledge) and credit you for them? Pweease?

I'd like to thank fellow player Vinnc for offering these wonderful additional prices:

And above all, these impressive storyboard books on the prequels and the original trilogy:

And coming from our national hero, Larsen from L'Antre du Wookie, a custom playmat of our favorite blog!

Big thanks to him!

Man other prizes are simply stunning. I wish our event had half this awesomeness.


Good luck to everyone

Also tagged with one or more of these keywords: nationals, 2016, france, french, championship