Tested for months in the darkest forges of Mars. Sanctified by the Omnnissiah (and proofread by Terry).

Two things worth mentioning about the mode before you read the rules:

First, the winning conditions are still 3 planets of the same color. Why so? To make sure the games aren’t too lengthy, and to increase the difference between Front Line and Rear Line player.

Second, make sure to read and understand all the difference between Front Line and Rear Line roles. This is the little “twist” that creates the big difference with your regular game. Once you mastered it, it’s all about working out the best combos with your partner. 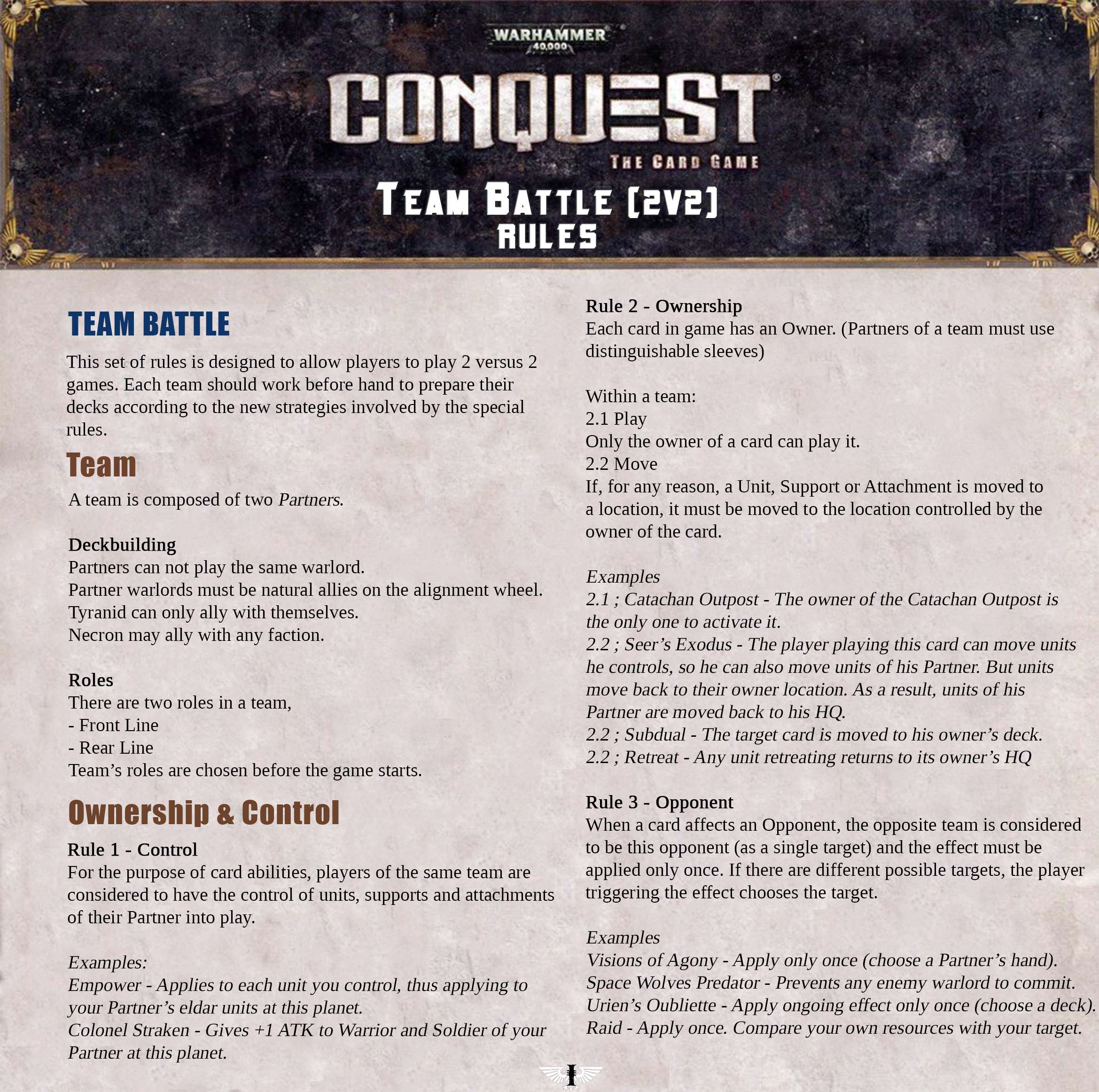 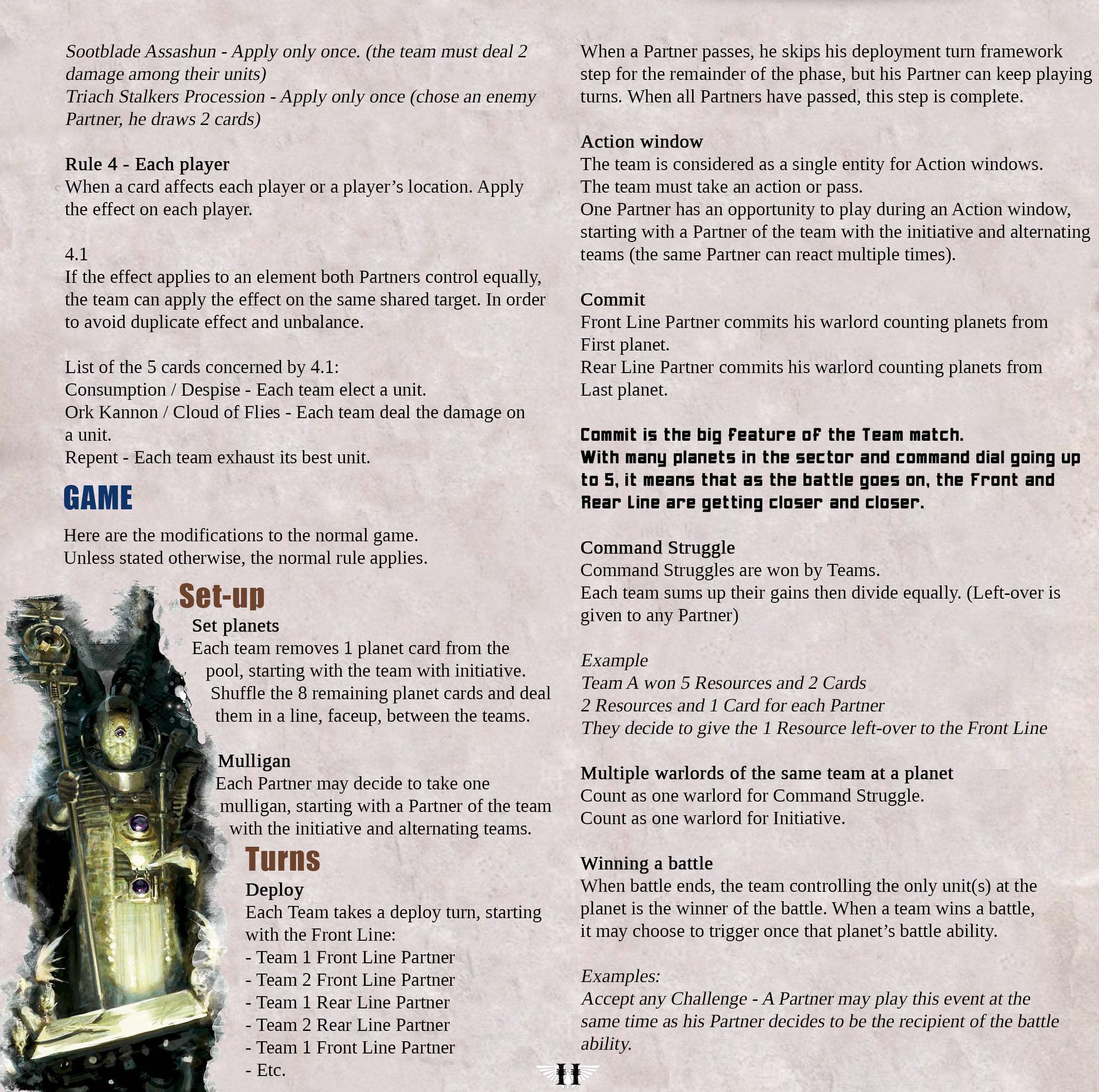 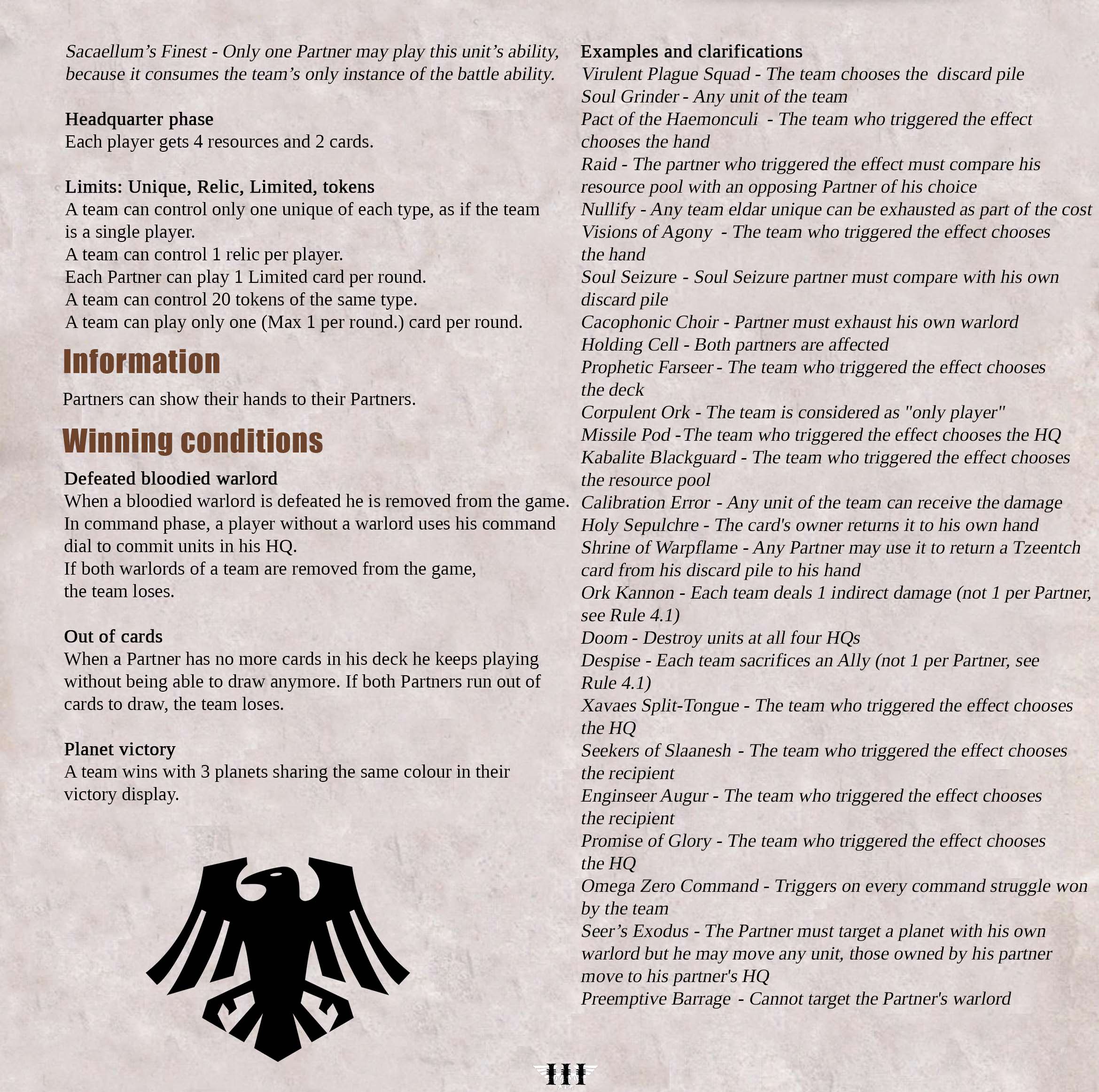 Very interesting, but I'll have to wait a while to test it out. Getting 4 people to play conquest in the same place is unfortunately not an easy feat.

One question though: are the only differences between front line and rear line players the play order and the commit reference point? Or are other differences that I missed?

Great job guys! Thanks for the work you put into keeping Conquest alive!

1/ Front Line and Rear Line players play order - Be aware, this is only for the deploy phase (because they have separated hands and resources pools we had to make a play order). But for almost all the rest of the game (mainly Combat and Action Window) they just play as they want. (as if they are a single entity) It makes the game fluid.

2/ You are correct, the commit reference point is the only difference - The goal of the design is: As little differences as possible to keep the game simple, but as deep as possible.

So, along with 1/ the commit reference point, add the normal rules, 2/ there is only one battle per round, at the first planet and 3/ Units retreats to their owners HQ,

And you have real differences between Front and Rear.

- The Rear Line players aren't competing for a planet. So they don't have this "pressure" on their shoulders. As a result their decks *can* be unusual.

- The Rear Line players units deployed in P1 to support the Front Line player will end up in their HQ, and therefore next turn will be redeployed to a Rear planet. So deploying units in P1 is hazardous.