32 replies to this topic

It is time for the next one!

The Winter 2021 Online Tournament has ended with Letux winning his 2nd seasonal tournament and getting to design our next pool! This set is about making sure players have the necessary support to play with some more unusual sets.  Please vote for what you think the name of the format should be but the idea is this:

Players must play exactly 10 objective set decks.  From each objective set players pick 1 card (not the objective) to cut so the pod winds up only be 4 cards for the draw deck.  Then players put in exactly 6 resources from amongst Dagobah Training Ground, Hidden Outpost, Cloud City Casino, Sith Library and Prized Possession in any combination they choose , then 1 Heat of Battle, 1 Target of Opportunity, 1 Protection and 1 Twist of Fate to replace the 10 cut cards.  Should be....interesting.

Without further ado this is the Spring 2021 Cardpool:

Note: only Core Set affiliation cards are allowed for this tournament.

Like the last Online Tournaments, this one will have a Group Round and then an Elimination Round.  Players within a Group are responsible for coordinating their match times, playing and reporting the games, before the end of the Group Round.

This Tournament will continue having a “Green Group”.  Green Group is a designated group during the Group Round that has preferential placement of players who are new to SWLCG online tournaments.  Remaining slots in Group Group will be filled by players with the least favorable standings after Ground Round in the previous tournament.  This should make games more fun for newer players and all groups more competitive.

Timezone specific groups are done away with.  This is to promote meeting more people and making more connections.  To accommodate for the difficulty in scheduling a transatlantic match the Group Round phase will be extended by 1 week.

Group Round will last 1 week per match-up players need, plus 1 for the transatlantic merger.

Decks can be changed during the Group Round.  (It’s a new world)

Scoring: Like last time we did an online tournament, there is a tie-breaker system players will need to report on.  A win is considered 12 points.  DS gets points based off the Death Star Dial when they lose.  Ex: losing with the dial at 10 results in 12 points for the LS player, 10 points fo the DS player.  LS tie breaking points are based off objective progress.  4 points for each objective in the LS victory pile + 1 point for every 2 points of objective damage on the board, rounded down, the a maximum of +3.  Ex 1: LS loses with 2 objectives destroyed and 3 damage on the board.  LS gets 9 points.  Ex2: LS loses with 1 objective destroyed and 2 objectives at 4 damage on the board and another at 3.  LS gets 7 points.  Yes, this does incentivize certain decks, we’ll just have to make our peace with that.

At the end of the Group Round the top players in each Group will advance to the Elimination Round.  If there is a tie game points will be examined.  The exact number of players advancing will be determined once sign-up is complete, but, like the World Cup, expect it to be roughly half of the group.

Entering the the Elimination Rounds qualifying players will need to lock in their deck lists!  Once all lists are provided they will be posted on Cardgamedb for all to see.  This will let players plan their strategy and also let the rest of us watching place our bets!

Elimination Round will be single elimination best of 5.

In the early round(s) the higher seeded player from their group will have the choice of what deck to play first.  In all later rounds it will be decided by coin flip.  Players will alternate playing LS/DS. If a 5th game is needed the player who has more game points accumulated during the first 4 games of that one-on-one match up may decide which deck to play in the 5th game.  So keep track of the dial and objective damage in these games too!

Hopefully we’ll continue to have really exciting games, and online streaming in the cut!

And the prize for all this: Community!  Fame -the fortune.  Fame minus the fortune… and a say in the next limited cardpool!

If you are interested please respond below by Saturday April 3

Also include what SWLCG card you would like to use as your avatar in the live drawing of groups.  For example, I will represented once again by the one and only "Kyle Katarn".  You know which one.  If you have questions please let me know!

If you would like to play, but cannot post here because a moderator hasn't approved posts yet, you can still PM me on cardgamedb here.  Or you can reach out to us on the FB group.

Even though those aren't in the cardpool this time, I'm still going with an RSXW!

I'm in, as always.  I'll do MTFBWY Yoda this time.

Cracken per usual. I'm excited for the format

Are we expected to identify whether a heat, target or protection that the opponent saw came from one of the pods or from the replacement cards? And when top cut lists are submitted, will replacements also have to be locked in at that time?

Are we expected to identify whether a heat, target or protection that the opponent saw came from one of the pods or from the replacement cards? And when top cut lists are submitted, will replacements also have to be locked in at that time?


As long as your replacement cards come from pods that aren't in the pool already you'll be good. If you show a heat from the neutral pod, you can make it clear it's a replacement of they ask via the set number.

Thanks for organizing again. Looking forward to it.

Yeah, I guess write down or remember yourself where you pulled them from so your opponent can ask if it was from your starting 10 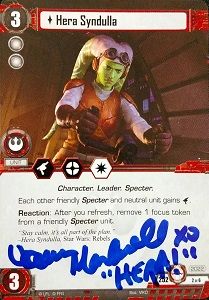 Don't feel like scavenging your May the Force & Emperor's Web for money? Have some resource pack print sheets! Now with Blanked sector garrison (because Control room isn't quite right). Just print, cut, sleeve, and play!
Good luck in the 2021 Spring tournament!
(See link for printable PDF Below)
https://www.dropbox....H82jLqBK-oaNPr4

Grand Inquisitor for me!

Eh, don't use the sectors. I guess the lando chud could have issues with it.

The rules should probably be amended, because they don't actually state that you can't play with Sector Garrison, or that you are expected to ignore its action. They just say you need to play with six 1-1 limited neutral resources.