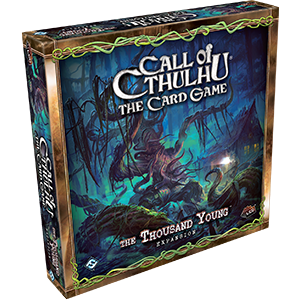 Our staff has put together a first blush analysis of the newly released The Thousand Young, the deluxe expansion featuring the All-Mother Shub-Niggurath and her putrescent progeny. This is the third and last of three parts: the neutral and other factions' cards.

We’ve used a one through five scale; five being the best. The cards are listed in numeric order. Our reviewers are listed in alphabetical order. For inquiring minds, profiles of each reviewer can be found at the end.

Let us know your own thoughts in the comments! 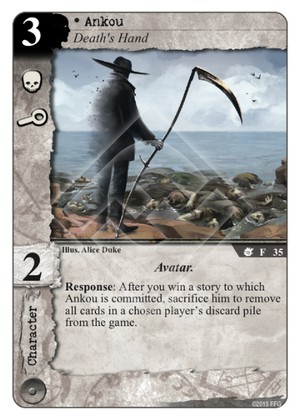 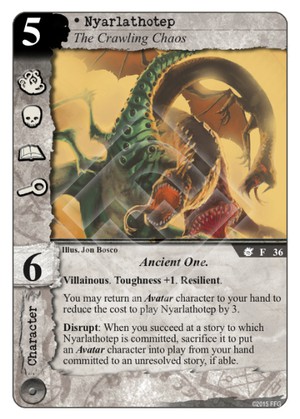 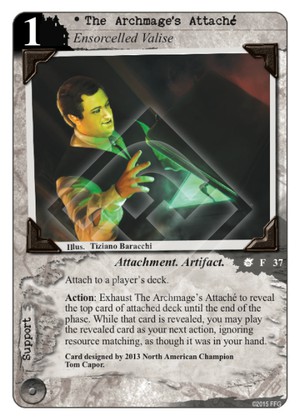 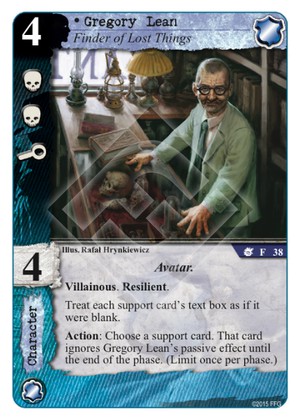 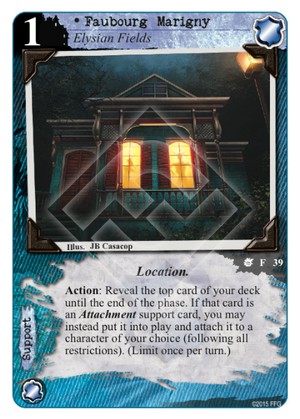 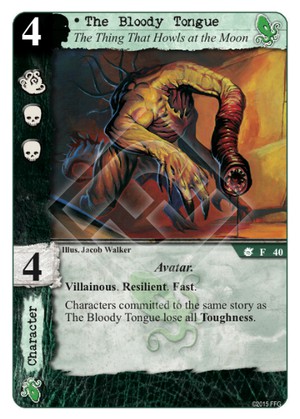 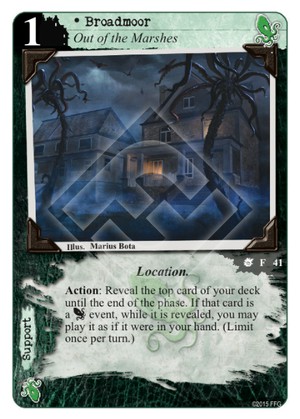 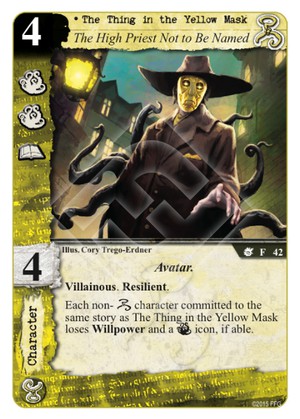 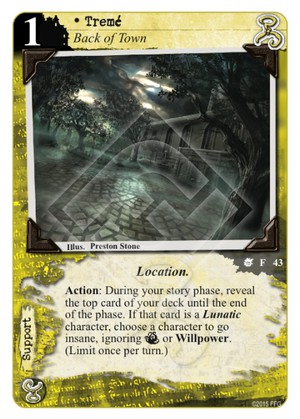 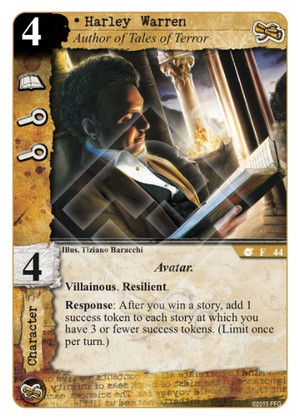 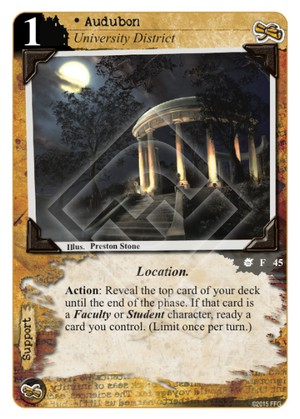 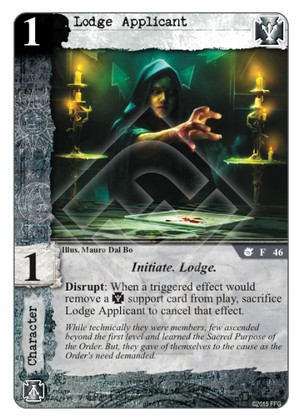 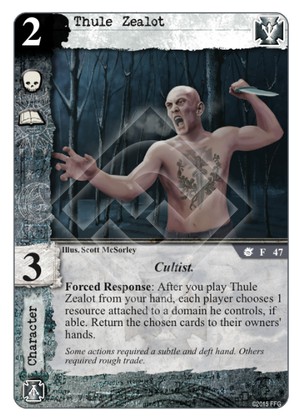 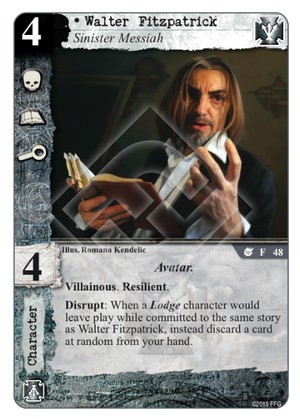 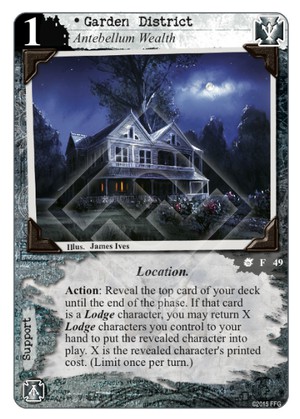 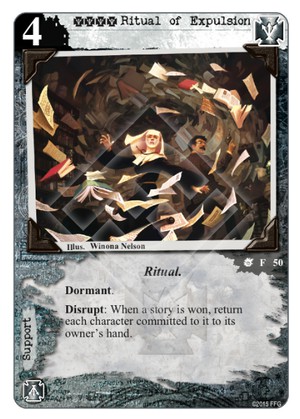 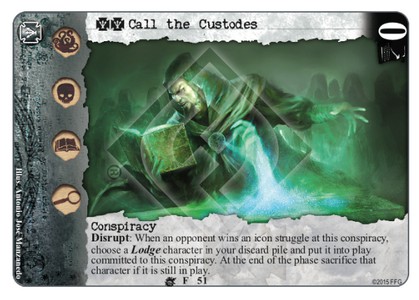 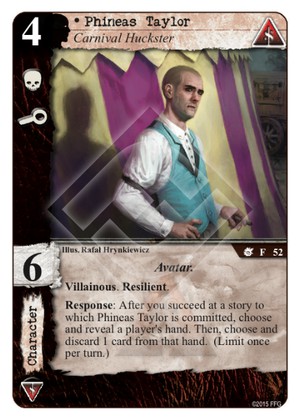 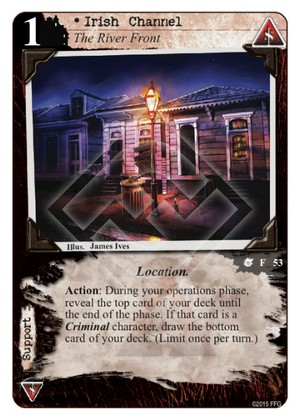 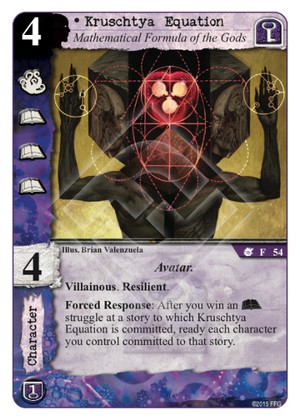 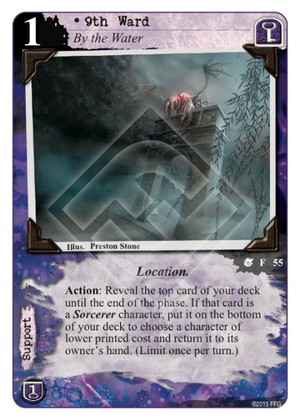 BanalityBob - I switched from Magic: the Gathering to Call of Cthulhu just back in March of 2015, but I bought in hard, and it’s easily my favorite card game. I’ve gotten top four in several local tournaments and even won a few times at our local game night.

Danigral - I started hoarding Call of Cthulhu the same time as A Game of Thrones, back in 2010. While I played AGoT more competitively, I’ve harbored a secret love for CoC and played it casually and competitively for over 4 years, winning a number of store championships and placing top 4 at Worlds 2014.

dboeren - Call of Cthulhu was my first card game, I actually came up through boardgaming and then miniatures gaming rather than Magic, which I always saw as a rip-off. But, I really like the LCG model and the theme of Cthulhu, and after having played all the other LCGs I feel it’s got the best mechanics too. The highest I’ve placed so far is 2nd at Gencon before losing a nail-biter to Tom Capor.

Kamacausey - I got into Call of Cthulhu back in 2012 after receiving a book filled with H.P. Lovecraft's short stories and falling in love with the lore. I've played numerous different card games over the years but Call of Cthulhu offers unique gameplay that is unmatched anywhere else. It has kept me coming back for more and more and in turn has led me to multiple top 4's at the national championships, 2 store championship titles and 2 regional championship titles.

mnBroncos - I got into Call of Cthulhu right after worlds 2013. I am a newer player, however, have experience with over ten different card games and I dove head first into this amazing game. In the three tournaments I been able to do I’ve taken 2nd twice and going 3-1 last year at worlds finishing fifth and just missing the cut due to strength of schedule because was paired down twice. I write the Great Cthulhu articles (may come back sometime) and even though I don’t get to play this game as much as I would like I have a deep passion for this amazing game.

Reckoner - I began playing Call of Cthulhu in 2013 after learning the game from Wilbur. Before that I had been a competitive Magic the Gathering player. I have played many games, but Call of Cthulhu is by far the most enjoyable 1v1 game that I have found. I have won several store tournaments and made top 8 at the 2014 US Nationals.

So, how does Walter Fitzpatrick work with lodge fated characters? Fated is a continuous effect, right?

All the scores have now been added to the card database.

Later I will look at the top 5 and bottom 5 scores from the pack, as well as the sum of each reviewer, as others may be curious to see how people score on a grand scale.

Does Walter Fitzpatrick do what I think he does? Consider the following:

1. A Lodge character at a story with Fitzpatrick is wounded

2. Thusly, it would leave play

3. Fitzpatrick triggers, so you discard a card instead of said character leaving play

4. The hapless character, however, is still wounded (and thus wants to leave play again)

Strictly, as worded, doesn't Fitzpatrick discard your entire hand, only to have a wounded character die anyway, or am I missing a rules nuance?

Finally, due to the nature of the Avatar mechanic, here they are in score order:

Does Walter Fitzpatrick do what I think he does? Consider the following:

1. A Lodge character at a story with Fitzpatrick is wounded

2. Thusly, it would leave play

3. Fitzpatrick triggers, so you discard a card instead of said character leaving play

4. The hapless character, however, is still wounded (and thus wants to leave play again)

Strictly, as worded, doesn't Fitzpatrick discard your entire hand, only to have a wounded character die anyway, or am I missing a rules nuance?

I think it should be noted that Disrup:ts are not mandatory. So, he would only discard cards from your hand, if you want him to (for some obscure reason, likely having to do with John Scott and Ritual of the Construct).