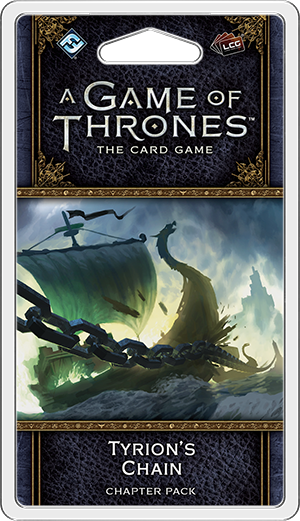 "Wolf in the Night"

- You can attack with a Stark character solo, play this, then use Wardens of the North or Winterfell Kennel Master to bring someone else into the challenge, and the original attacker will keep the bonus STR and renown (until the end of the challenge).

Fist of the First Men

- In a multiplayer game, you need to have higher reserve than at least one other player.

- If that Warship or Weapon has a Reaction to winning a challenge, you can use it in the same reaction window (e.g. Great Kraken).

- The X is fixed at the moment you use the ability, and will not change if the defending player subsequently spends gold.

- Putting Podrick into play is part of the cost, not effect (unlike Dolorous Edd, Ser Alliser Thorne, etc.). So if his ability is cancelled with Treachery, the save and kill effects do not resolve, but Podrick remains in play.

- You can use Podrick's ability even if another copy of him is already in play. The card in your hand will enter play as a duplicate, the rest of the effect will resolve as normal.

- You cannot take control of a unique card if you have another copy of that card in play (that you either control or own).

House of the Undying

- If there are two or more copies, by title, of the same unique character in the opponent's dead pile, House of the Undying will not put any of them into play.

- This is not a kill effect. The card is discarded, then placed from the discard pile into the dead pile. Reactions to a card being discarded from hand can trigger (e.g. Cersei Lannister (LoCR) ), reactions to a character being killed cannot.

So to be clear, let's say Podrick is in play, and you choose him as military claim. If you have another copy in hand, you can pay 2 gold to put him into play as a duplicate, then use that duplicate to save him?

Huh, nice one! Yes, that's exactly how it would work: you'd attempt to save him, fail (because costs would've been prevented), then attempt again - and succeed.

So how are you putting Pod into play as part of a cost when Pod is already in play again?

Thanks. Whenever I see duplicate, my brain thinks marshalling is part of the process (except Core Arya or setup)

Feb 02 2017 04:16 AM
Looking for clarification on esgred. Is the sacrifice for having Asha in play automatic/forced?

Yes. Same deal as with Arry.