How to Build Martell (Control) 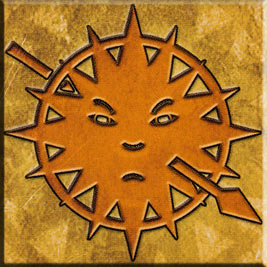 As a Martell player, I thought I would break down what I see as two of the most competitive archetypes (as of spring 2011; pre-Maesters of the Citadel). These are both control-oriented builds, which play on Martell’s strengths. Other non-control builds, such as the “Red Viper deck” and House Dayne, can be competitive, but I personally feel they are less consistent overall and therefore less effective against the broad array of deck types that one sees at most tournaments.


Two General Deck Types
Martell boasts arguably the most powerful events in the current environment. But like any event, Martell’s won’t win challenges on their own – at some point there is a limit to how many can fit into a deck. So the first two questions I ask when constructing a new Martell deck list are: (1) what is the maximum number of events I can play with, and (2) how fast do I want my deck to play in rounds 1 and 2?

These are competing goals that guide how I will structure my deck list. The advantage of an event-heavy deck is that I have more access to a variety of immediate, powerful control effects. The disadvantage is that my setup is slow, and I will continue to draw disproportionately more events when I need to draw characters and resources. The slow setup can be especially painful when playing against Baratheon-rush or Greyjoy resource-choke builds. Bottom line: If I expect most of my opponents to run fast decks or resource choke, then a faster Martell build with fewer events (and more characters/locations) provides more opportunity to establish sufficient board presence. If I expect to see more Lannister or Martell players, which tend to take longer to win, I prefer a heavy control build that is stronger against the traditional “control houses.”

Some of these (Narrow Escape, Parting Blow, and Distraction) are less obvious choices but are useful because of their efficiency and synergy with Martell’s control effects. Martell has other very powerful events that trigger as responses (especially to losing challenges), such as The Viper's Rage (TftRK) and Blood for Blood (PotS). I have found though that Martell control runs most efficiently when I am able to use the control at the precise moment it is needed, rather than waiting to respond to actions initiated by the opponent. Red Vengeance and Burning are technically “responses,” but unlike the Viper’s Rage or Blood for Blood, they control the challenge itself rather than the characters leftover after the challenge. Moreover, the mere threat of these cards acts as a powerful deterrent against initiating challenges. Note: It is important to run BOTH Burning in the Sand and Red Vengeance. Together, these cards shut down consecutive challenge phases, and running 5-6 events that fill the same role makes it much more likely to have one in hand when an opponent plays a claim-2 plot.


Matching Deck Type to Agenda
The Knights of the Hollow Hill (MotM) agenda (KotHH) can offset the disadvantages of an event-heavy deck. Although I sacrifice the setup phase (the ultimate “slow start”), I also forego the need to include many resource cards. This frees up deck space so that I can effectively swap resource slots for powerful control effects. My draws are more efficient, since I draw fewer dead cards each round, and the deck runs smoother. The longer the game goes, the more efficient the KotHH build becomes.

When I run KotHH, I tend to run 17-21 events and attachments.

Though agendas are probably unnecessary for non-event-heavy deck lists, I still find them useful. Summer (seasons) offers spectacular synergy with Martell’s other effects. The seasonal effect powers saves for Maester of the Sun (ASoS) and activates Open Market (ASoS) (if I choose to run it). The minor gold boost from the Black Raven (ASoS) also allows me to take better advantage of the large hand size Martell players tend to have. The Kings of Summer (ASoS) is thus a natural addition, and helps to bolster Martell’s card advantage. Because Martell has much in-house draw, the potential downside of the summer agenda is also considerably lower than if running it out of another house. If I expect to compete against a high number of winter-themed decks, I may (occasionally) exclude the agenda.

In a non-KotHH deck list, I run 12-13 events and attachments. In a Kings of Summer deck list, that would mean 2-3 Black Ravens, 3 Venomous Blades, and 6-8 events.


Notes about Martell’s “Draw” Options
Martell has so many draw options that it really comes down to personal preference. But I think there are a couple cards that some players overlook that are worth highlighting. First, The Viper's Bannermen (PotS) is the single best card in AGOT to gain card advantage. It promises a net 3 cards (4 drawn, 1 played) that do not count against the draw cap, and paired with Narrow Escape, the net number of cards jumps to 7 (an additional 4). If I cannot fit Narrow Escape into my deck, then the 7-gold cost of the bannermen may not justify the cost of running three copies, but it is still usually worth playing at least one copy. If I run Narrow Escape, I run three copies of the bannermen. (If my opponent runs Narrow Escape, I will have excellent card advantage.) Second, even with Martell’s impressive card advantage, Val (RotO) can help smooth out uncharacteristically bad draws and is therefore worth playing as a contingency.


A Final Note about Playing Martell Control
When playing the above decks, it is extremely important to maintain card advantage. That means intrigue challenges are often more important than military. If I know I cannot win both intrigue and military challenges, I frequently try to ensure I win the intrigue challenge. Narrow Escape can be played to bring back lost characters, and Valar can level the playing field, but there is no easy way to come back if I have 0 cards in hand and my opponent has 5.

Mar 25 2011 07:58 PM
I also like running The Prince's Wrath (PotS) in a Knights of the Hollow Hill (MotM) deck since that influence is always there and it's just like an Orphan of the Greenblood (PotS) that can control powerful characters.

Mar 26 2011 10:02 AM
Another nice article, but I would have liked to see some more character discussion. Mar 26 2011 04:45 PM
Good point Saturnine. The original draft of this article included two deck lists, one for each build. Since I removed those, you're right that the character component is lacking.

As a general note, run very low-gold cost characters (3x Orphan, 3x Refugee, 3x Lost Spearmen, etc.), draw (1-2x Val, or 1x Val/1x Samwell in Summer; Dornish Paramours; House Messengers; and Bannermen), and some utility characters like Ellaria, Arys, Maesters of the Sun, etc. The idea is to keep your gold costs as low as possible, so that you have a very fast setup and/or first 2 rounds (making you more resilient to Blockade). The low-gold curve also helps A LOT when using Val or in rounds where you want to play The Viper's Bannermen and other cards.

My personal feeling is that whereas the Knights of the Hollow Hill version used to be the stronger build (compared with the Summer Agenda), it is now a bit weaker. In summer, you can pull Val entirely and simply run Samwell. Narrow Escape is also less of an issue, since you have saves with the Maester of Sun and constant draw with the agenda (less reliant on bringing back Viper's Bannermen with Narrow Escape). For the KotHH build, I would probably keep Narrow Escape and ditch Venomous Blade, depending on the specific list. This (and losing Val) definitely hurts, but recursion with Viper's Bannermen and some of the other characters is necessary to slow your opponent down. Given that Targ will likely be popular after its expansion is released (very soon), attachment discard and Targ "burn" kill should become more ubiquitous, meaning that Venomous Blades and small characters are much less resilient/efficient.