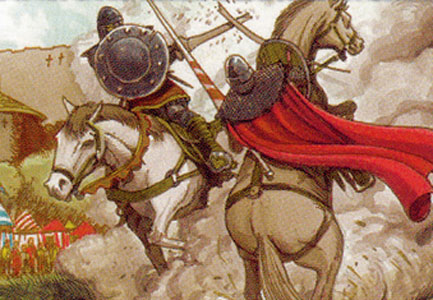 Hi everyone Talism here and I've decided to do a small tournament report on my performance in the Australian Nationals. I finished a respectible 2nd place, playing my Greyjoy blacksails deck.

Here is the decklist
Deck Created with CardGameDB.com Game of Thrones Deckbuilder


Round 1, vs Nathen Morgen Martell chargenda
Lost this game before it started. mulliganed a bad 4 drop hand, into a 2 drop hand, got no resources, and struggled to hold position while searching for saves to valar with, couldn't draw it out enough to bring it back. Greenblood Merchant was the opponents all star!

Round 2 vs Josh playing Barra Brotherhood
he flopped Beric, a chud, and 2 locations, 5 card flop from me, long slow game.
Manning the City Walls a Balons Host, payed for a High Ground, and got a Fleet from Pyke in via sunset sea/-2 discard bay
He played a Stannis, duped, flaming sword on Beric.
I kept Balons to stop the renown, letting the power challenges though, while getting mil and int off and setting up for valar
Then pushed for the win.

Round 3 vs Jay playing Greyjoy Choke
I was tempted to mulligan my hand but kept it, due to having 2 To be a Kraken and 1 Die by the Sword, but kept it, I dropped, 1 character, 1 iron mines, 2 resources, but after the bad mulligen of first round, I decided to keep the 4.
Both of us had a good flop, with Jay getting the Sparr and chud + locations
First plot, Manning the City Walls for me, dropped out King Balons Host, and played high ground.
He got out winter time marders , and something else.
I managed to keep his Maruders in check and by plot 3 he offensively Valar'd, which might have worked but I saved one char with iron island, then used Risen from the Sea to save another, he tried to cancel with Finger Dance, which I canceled with Finger Dance. I then played another Risen (I had been pulling this from the Hold) and cancelled two of his saves with Iron Islands Brigand and another Finger Dance.
Game was over from this point. - all star of this round was Andrik the Unsmiling, getting his iron mines for me to use was gold.


Round 4 vs Aaron playing Lanny Tunnels
Big flop from both, i managed to get 2 captured cogs out in this game, which was huge as i kept init all game.
I could go first, and push through 2 claim int/mil challenges, while still letting his power challenges though.
He still managed to get a good power level but I wiped his board with a 3 claim mil via Naval Superiority.
High Ground was a massive bonus in this game, to counter his kneel.

Round 5 vs Mic playing Targ Maester, massive attachment deck.
Odd deck that makes voltron characters out of Rhaegar Targaryen and Jaqen H'ghar, and Pentos to save them.
2nd plot, I managed to clear his board with 2 claim, he saved Rhaegar via Pentos, I used Brigand to cancel, then he saved with a 2nd attachment, then I played Die by the Sword.
Rhaegar's response was triggered which insta ended the round.
Plot 3. Jaqen came back, with attachments (blood of dragon i think) duped and Blood Magic Ritual brought Rhaegar back.
I played Bastard (attachment) on his voltron'd Jaqen (with blood of the dragon and 2 other attachments on him), and nightmared his kingsground, so he couldn't stand him back up.
I proceeded to clear his board and 2 be a krackend his saves, 3 claim mil via naval sup. game was over from this point

Cut to top 8
I was playing Aarons tunnels again. this game went pretty much like the first, big armies and stealth Aeron. pushing through challenges

Cut to top 4
Played Nathens R Targ Maesters burn
It was a hard game, Nathen is one of our better players, a few play mistakes at the start had him on the back foot with him trying to buy time till i had to valar my self won me the game by plot 6.

Finals vs Colin Martel chargenda
Much like first game except I had a good flop, drew back into a hand with Balons Host ( 2 copies), and Fleet from Pyke, as only chars after redraw setup.
I'll say facing a no agenda deck REALLY hurts this deck. Fleets at 7 cost are hard to afford when compared to them at 4 cost.
First round is pretty much where I lost the game. I did naval reinforcements. and got newly made lord to take care of his GG.
He dropped banner man. My first mistake was to let him go first, 2nd was I should've dropped my Fleet from Pyke with my own Manning.
The all star of his deck was the 1 cost Greenblood Merchant, shut my deck down so completely I didn't get a single naval attack off at all.
Combined with getting 0 resources in the following turns I was on the back foot the whole game.

Props to Colin, great game. if I couldn't win it I'm glad he did!

Sep 07 2013 09:06 PM
in both my games with quentyn decks, it wasn't quentyn that actually caused me problems, but the cheap 1 cost, green blood merchant.

for what that card can do,(if you dont have inf to counter it) is great!