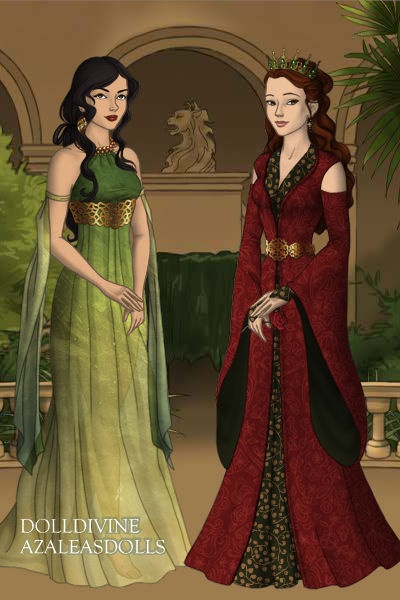 Prologue: Of Roses and Banners
So, last Saturday in Bulgaria we started a League. There will be 4 individual tourneys and, after them, a top 4 final (a player’s best 3 performances from the 4 tournaments form their total “score”). That got me thinking!
Since the beginning of 2.0 I have been trying to make Tyrells work for me, a task proving to be quite difficult as their mechanics are not at all what I used to play in 1.0. I strongly favored heavy control and/or surprise effects as opposed to the aggro/rush gimmicks which they prefer. In fact, I’m an awful player when it comes to aggro/rush. Anyway, this is not to say that the Roses don’t have control potential (Highgarden and Mare in Heat ftw) and they are actually competing with the Lannisters for Best Economy award (#FreeTheArborDupes), but, in-House, there is a certain lack of cards to complete the control archetype for the moment.
To that end, and after an unsuccessful try or two to become good at what the Tyrells are (intended to be) good, I made it a personal quest to build a working control deck utilizing the select few control cards at the Roses’ disposal. Therefore, I started looking for a Banner. The options, as I saw them, were 3 – Watch, Stag or Sun. The Watch idea got discarded almost immediately, because, despite James Waumsley‘s Wallflowers success, I found FSoW to be too much for the deck to handle. That left me with Stag and Sun. I went for Sun, as it seemed to be the more flexible of the 2, with Attained and Condemned plus Nymeria able to be used on their own, while Stag depended heavily on Melisandre with only Even Handed justice working on its own. Bear in mind that I don’t play much and this is just the train of thought that led me to choose Sun over Stag. It is not necessarily a good train, but it’s all I’ve got. So, I created the alpha version, played a week with it, constantly cutting and adding cards and, after a few changes in the morning before the 1st round of the League, The ******* was ready for its first trial by fire.


Chapter 1: The night is darkest just before the dawn
12 players showed up for the tourney - 3 Lannisters (2xLotC and one Kraken), 2 Baratheons (Fealty), 2 Starks (Fealty), 2 Tyrells (me and LotC), 2 Night’s Watch (Fealty and LotC) and 1 Targaryen (Fealty). No Greyjoys or Martells – something which I considered to be a good thing as We do not Sow is the only card that can threaten The Arbor (cause who plays PttT

).
Game 1: Lannister/Kraken – The guy I played against started AGOT in 2.0 and I think this was his first tourney. We both set off pretty well with him having Tywin and Cersei on turn 1, while I setup The Arbor and 2 chuds and played Nym and Margaery on turn 1, both with dupes. I managed to hold my ground against his aggressive first 2 turns, with Attained helping immensely. A Tears of Lys on Tywin and surviving through First Snow with Nymeria and Margaery both on board was the decisive point of the match, because he couldn’t March the Sand Snake next turn. I drew into the 2nd Attained and had 2x The Hand’s Judgment when he tried to Tears The Knight of Flowers. On The Long Winter turn I managed to get 2 Power challenges through with Olenna’s Informant and from there on out the game was all about not making mistakes in order to close it. He drew only 2 Greyjoy cards – Asha and Newly-Made Lord and the Lord got discarded for INT claim.

Game 2: Baratheon Fealty – This round was extra awful for me. First, Baratheon are the absolute worst match up for The ******* deck. Cressen can get rid of all the control attachments, Stannis locks up the deck almost completely (I knew it would be bad, but didn’t realize EXACTLY how bad up until now) and the Gendry shenanigans do not care about icons (“What, I have no icons? No problem, will just take dominance, draw a card, claim 65816385618 power and proceed to next turn. Just before you do your challenges let me see your hand in case you have Tears and can actually harm me somehow.”). Second, the deck was piloted by the guy that I have named my AGoT nemesis. He has been a friend of mine for around 10 years now, we started in 1.0 together and he has beaten me in 9/10 games in the 2 or 3 years in which he was playing. All in all, I started out pretty good, managed to kill Melisandre with Quentyn on turn 2 (Wildfire = best fire) and had to deal only with Gendry, Stannis with Lightbringer and Robert. I had Tears in hand, but made the wrong call and poisoned Robert instead of Stannis. He just kept getting power for Gendry with The Iron Throne, managed to deny me all challenges on my The Long Winter turn. When I drew the 2nd Tears he played Seen in Flames, which saved Stannis and the 4 power on him (Lightbringer got Confiscated), which essentially made it impossible for me to stop him winning in Dominance with Gendry. Also, for irony reasons, it is worth mentioning that the guy only came to play, because I asked him to win me some Tyrell swag - I needed someone to actually play a competitive deck (and play it well), while I fool around with janky ideas.

Game 3: Baratheon Fealty – How about that? I got to play the 2 decks in the tourney that were a direct counter to mine in a row. Dude had Stannis, Robert, Gendry, Chamber of the Painted Table and The Red Keep by turn 3 and, at some point, he put The Iron Throne into the mix. The game took 8 turns and we ended in time with him getting a modified win. The only notable things were the fact that he didn’t get Mel and I didn’t see a single copy of Nymeria or Pleasure barge (despite fishing for it with Building orders with less than 40 cards remaining in my deck). On the turn I drew Tears he got a Stannis dupe so I had to poison Gendry, as I had Condemned Robert and was able to deny him with a combination of Maester of Starfall, Highgarden and Arbor Knights with Mares. I probably could’ve tried to win if we weren’t in time, but when we were choosing the last plots I felt that I was too far behind and instead of replaying Building Orders, I went for The Long Winter to get rid of the only power on my Faction Card (Randyll with 5 and KoF with 3 were present at the time) in order to deny him claim for power.

Game 4: Stark Fealty – Played against Petar Stefanov. I had a horrible setup – after taking a mulligan, all I could put down were 2 House Dayne Knights and a Maester of Starfall. During the first turn I fished for The Arbor, which allowed Petar to dominate the challenges phase with Robb. It was a pretty one-sided game, although I did survive up until turn 5 or 6 and even got to 4 or 5 power at one point. The things I learned from this game are as follow: Jory Cassel is an *******, Grey Wind is annoying.

Results: I didn’t make the cut. In the top 4 were Petar, the 2 Baratheons and the 4-0 Tyrell LotC, piloted by Plamen Marekov a.k.a Atlan Talon. Petar beat the Baratheon I played in Round 3, while the Baratheon that beat me in Round 2 eliminated Plamen. At the finals Petar lost to my “Ambassador” as he named him in the report. Sorry I can’t go into more details about the top 4, but I spent most of the time drowning my sorrows by smoking and drinking beer outside the venue. Anyway, the winning deck is basically the winner of the tourney at Zaragoza with the addition of Gendry, Armory, Motleys and Even Handed Justice.


https://thronesdb.co...sshole-deck-1.0 - link to the deck, which I will update after each round.

Apr 28 2016 05:52 AM
Great job, i wanted to try something similar myself, i will be following your results! Have you though about A Tourney for the King to exploit your knights And seal the game once your control tools have locked it?

I don't run Tourney because I have 7 knights, 1 of which has renown and the rest get hit by FSoW. I find a 2-claim plot to be more useful, as realistically I'd rarely have more than 2 knights other than KoF to benefit from Tourney. I even reduced the Mare in Heat down to 2, as there were situations where I couldn't play it due to lack of Knights. Also 2 claim and Olenna's Informant seals/brings you back in the game much more effectively imo. I have already made several changes for the 2nd round of the League, but will edit the deck with them and the reasonings behind them after the tourney, so I can also give feedback of how it worked out.

(I am happy to see a fellow Bulgarian, to translate what other might read as foul Russian