Of Combos And Men 3: All Your Threat Are Belong To Us 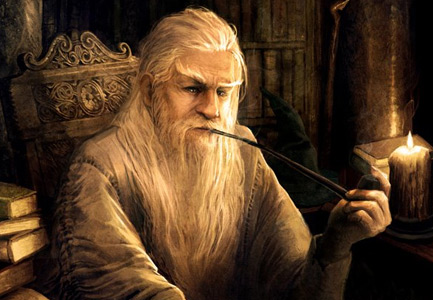 Of Combos and Men is probably the logical next step after my deckbuilding articles. Here I will be talking about certain cards and combos, that I personally find interesting, underused or just plain fun. But more importantly I will try to point out what kind of strategic considerations each combo brings for your deck(s) and how to use them. After outlining the combo there usually will be a follow up article with an actual deck, so that people can get a better feel how I integrate my combos and maybe try the deck out themselves.

What time is it again? Right, time for some crazyness.
Todays combo is going to give the ultimate threat control, you will not find a better threat deal than this unless you are able to reduce each players threat to zero

First let me present the worlds saddest song, the Song of Earendil (RtR). This song is indeed quite sad, I would guess that it is the least played of all Song cards as the rating (2 stars as of writing this article) here indicates. But the card alone ain't bad at all and could find itself a place or two in many decks without any combos I guess. Since the card lets you immediately draw a fresh card, all you have to "invest" is one resource for an effect that can come in quite handy in many situations. And once you run Love of Tales (TLD) the Song of Earendil should be an auto-include as it is now completely "free" to play.

But the world saddest song sounds only sweet when played on the worlds smallest violin, so without much further ado, lets present our friendly musician for today, the talented Wandering Took (Core). He can perform Earendils Song like no other. Can you hear him?

Ok, so the basic combo is already in everybodies mind already: Depending on who has the Song of Earendil you can send the Wandering Took on the hike of his live and adjust players threat on his way. If you have the Song, then you can be a good friend and take any amount of your partners threat that you like, or if the Song is on your buddies side and he plays along, then he can do the same for you and reduce your threat to your hearts content (while raising his that is).

But, the Song becomes magical when both of you sing in canon. Now you can bounce your threat back and forth like a ping-pong game whenever you have a little action window (Might give your Took a pair of Boots from Erebor (KD) to safe him some sore feet). Now the important question probably is: Why would anybody in their right minds want to raise their threat, just to reduce it later and then raise it again? Well, there are a lot of opportunities that open up now, let me present them phase by phase:In my mind this is a metric ton of flexibility you acquired there. Additionally all those threat reducers you might be playing (like Dwalin (KD) or Elrond's Counsel (TWitW) become more reliable, because you can share their effects to as best fits any given situation. Neither player needs a full 6 threat reduction from The Galadhrim's Greeting (Core)? Just give each 3 then. All in all there are many small effects that are valuable to a game of LotR and just to name a few, now the burden of guarding Gollum (RtM) is less stressful, or one player can run amok with Boromir (TDM) without fear of his threat ceiling.

It might be just me, but the 2 hero Secrecy decks have not yet clicked for me. But on the other hand who needs a 2 hero deck, when you can make a 3 hero Secrecy deck work without too much hassle, right?

Having Secrecy permanently available for both players is just mind-boggingly strong in my opinion (unless your combined threat reaches 70+ that is) and it feels worthy of exploration, will you go and sing along?

Maybe the Song of Earendil (RtR) will finally enter the billboard charts where he belongs.

I guess thats it for now, see you all next week,
Sebastian

P.S.: I have seen this combo discussed on some places, but I have never seen an actual deck. Come on people, show yourselves, I know there must be some crazy players out there, who have experience with that combo.

Aug 23 2012 09:45 AM
the ruling came down ages ago form the devs and was all over the FFG forums.. threat is added as a single unit NOT one point at a time. The "infinite" threat combo was debunked only a few days after release...

If you raise your threat by 3, you can only reduce it by 1 at a cost of 1. You can not use this attachment for every point individually of threat that is getting assigned. If you have Elfhelm then the cost is no threat... there is a combo built on that you can find at BGG

I will create an example:

P.S.: Elfhelm has absolutely no legal interactions with the Wandering Took or Song of Earendil.

Aug 23 2012 10:38 AM
Exactly, there isn't a infinite threat combo here. It is simple a transference from one side to the other. So unless you have access to threat reduction in the target deck the combo is pretty useless as one side will always go up. When the combo was first written about people thought you could use the song on each point and this way you could in fact lower threat with out raising it.

Also... yeah not sure what i was thinking with Elfhelm.. i was confused with another near infinite combo i saw at BGG... sorry.

But the point is: It's not only one side going up, you can shift the threat both ways (once the 2nd song is in play that is)

Continuing the example from above:

> You start at 30/30
> Make that 20/40 during the planning phase of player A
> Adjust it to 40/20 during the planning phase of player B
> Shift to 30/30 during quest phase, so that Evil Storm (et al.) gets avoided
> Make that 11/49 during the engagement phase, so that player B gets all enemies (including Goblin Sniper (Core) and his brethren)
> Adjust to 48/12, so player B can play O Elbereth! Gilthonial! (SaF) on a Thrashing Tentacle (TWitW) without threat increase.
> Finally go to 49/11 for player A to use Aragorn.

Far from useless to me.

But the point is: It's not only one side going up, you can shift the threat both ways (once the 2nd song is in play that is)

Continuing the example from above:

> You start at 30/30
> Make that 20/40 during the planning phase of player A
> Adjust it to 40/20 during the planning phase of player B
> Shift to 30/30 during quest phase, so that Evil Storm (et al.) gets avoided
> Make that 11/49 during the engagement phase, so that player B gets all enemies (including Goblin Sniper (Core) and his brethren)
> Adjust to 48/12, so player B can play O Elbereth! Gilthonial! (SaF) on a Thrashing Tentacle (TWitW) without threat increase.
> Finally go to 49/11 for player A to use Aragorn.

Far from useless to me.

I definitely agree... I have tried this combo in a couple of my decks but with about 10 plays I could never get both in play or whenever I did I would need Wandering Took to be a chump blocker. So I definitely like this combo and I have included it in one of my dwarf decks (Gloin, Dwalin, Nori), but I still haven't played the deck yet. I think using Aragorn (TWitW) would be great as well and having both players using that combo would be great. I have seen the SoE be extremely useful without the Took. Can't count the times someone has stopped another player's threat from going up by one to keep him from being engaged with a nasty enemy (Hummerhorns (Core)). So I do like this card and my roommate plays it every time he plays Spirit.

I have seen the SoE be extremely useful without the Took. Can't count the times someone has stopped another player's threat from going up by one to keep him from being engaged with a nasty enemy

Totally agree. During playtesting I used the song to prevent my partners threat from reaching 30 for a turn, which was pretty significant with a Hill Troll in the staging area. Gladly invest 1 resource for that.

As far as finding the cards: I think there are couple good options so far (for the Song at least) like Rivendell Minstrel (THFG) or Master of the Forge (SaF)

Aug 23 2012 10:59 PM
I suspect this card will get errata. Took, maybe to once per turn. We have this combo banned in our playgroup as it seams to me to be a exploitation of poorly worded rules. Any card effect that loops continually and allows you to simply play a card and then go. ."I do this 15 times".. seams broken to me.

Anyway.. this combo feels like cheating to our play group and I expect this to be fixed in a faq soon.

I suspect this card will get errata. Took, maybe to once per turn

I agree. While it takes a bit to set up, it would not surprise me to see the Took get the Rider of the Mark (RtR) treatment.