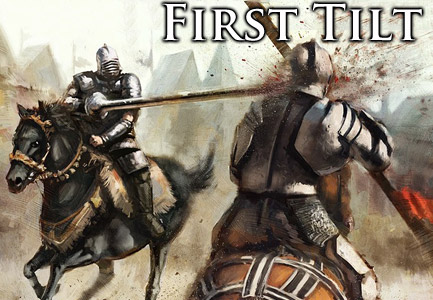 New players often have similar questions when they first begin playing A Game of Thrones: The Living Card Game (AGoT). Here at First Tilt, we have gathered together many of the most commonly asked questions into one location in order to provide a centralized resource for new players learning the game. This FAQ will be updated on an ongoing basis to remain current and relevant to new players, no matter when they happen to join the game. If you have suggestions for additional questions, links, or answers, please let us know in the comments.


What should I buy?
Well, the Core Set is the obvious place to start. But after that, it depends on what you want to do. This detailed and fantastic post on BoardGameGeek presents a great explanation for why you should start with two core sets, and which Chapter Packs to buy beyond that.

Ok, I have two core sets. Now what?
Now, you can build some decent and balanced decks, as laid out here.
More thoughts on building balanced decks for houses beyond the core four, can be found here.
After that, it depends on whether you want to play boardgame style or build competitive decks.

What does it mean to play "boardgame" style?
This refers to having one person supply all the cards, much like how when playing a typical board game, one player will supply the game and all the components. When AGoT is played "boardgame" style, the goal is not to build the most killer decks possible, but rather to build well balanced decks that you can share with your friends so that you can all have a good time without worrying that one deck will overpower the others.

Is there a tutorial? Are the rules available online? Is there an official FAQ? Are there variants?
All of that and more can be found at FFG's support page.

What is a Living Card Game?
An LCG differs itself from a CCG in that card packs are fixed rather than randomized. Thus, there is no rarity and pack contents are predetermined. If you buy a Chapter Pack of AGoT, you will know exactly which cards you are getting, whereas in a typical CCG, you would be receving a randomized mix of commons, uncommons, and rares.

Are there Chapter Packs that are not available any longer? Why are there older packs that come with less than three of each card?
The current packaging for AGoT chapter packs entails receiving three copies of every card, so that you have a complete playset of every card. However, FFG used to print Chapter Packs that did not have three copies of every card. Some of the House expansions were also printed in the older format, and then reprinted in the modern 3x format. FFG has so far reprinted every Chapter Pack Cycle except for one in the modern 3x format: the only cycle that has not been reprinted is the very first one, A Clash of Arms. It is expected that FFG will eventually get around to reprinting that cycle in the modern 3x format. All of the House expansions are currently available in the 3x format.

I'm not sure which house I want to play. What are the differences?
For an overview of the themes and play styles behind each house, take a look at the following:
Stark - Strong military focus, good defense and direct kill.
Lannister - Control and intrigue based, great at producing lots of gold.
Baratheon - Strong uniques and lots of renown characters, good at rushing and power challenges.
Targaryen - Good attachments, strength reducers, and suprise plays through ambush mechanic.
Greyjoy - Unopposed challenges, abilities that save characters, destruction of opponent resources.
Martell - Versatile house that excels at punishing aggressive opponents.

Ok, I want to play house X, but I don't want to spend too much money building a deck. What should I get?
The House expansion for your chosen house will serve you quite well. The House expansions for the core four house come with deck lists that will give you decent decks with just a core and a House expansion. Beyond that, you'll probably want to buy a few Chapter Packs. We covered buying and building decks with a limited card pool in a series of articles here at First Tilt. What kind of decks can you build with only a House expansion and six Chapter Packs? See here:
Stark
Lannister
Baratheon
Targaryen
Greyjoy
Martell

How do I build a great deck? What do tournament winning decks look like?
Generally speaking, a good deck should be composed of 50% characters, 25% locations, and 25% attachments/events. Of course, rules are made to be broken, so these are only general guidelines. For in depth analysis into what goes into tournament winning decks, take a look at these two great articles:
Stark Knights
Martell Maesters

What is a rush/aggro/choke/etc deck?
Glad you asked! Our next series of articles here at First Tilt will focus on the major deck archetypes for each house. Once those articles are posted, this FAQ will be updated with links to each one.

What's the best way to meet other players in my area?
The FFG forums and the forums here on CardGameDB often have people posting about looking for local players. If you register an account on each site and include your location, it will also make it easier for others to find you. Also keep an eye out on the forums for tournament announcements, which are also great ways to meet people.

Is there a way to play online?
Yes! There are two main ways to play online. The first is through OCTGN, and the relevant thread is here. The second is through TradeCardsOnline.com, and a discussion can be found here.

Is there a way to build decks online?
You can build decks on this very site. The quickest way is to click on the blue deckbox next to the Game of Thrones icon at the top of the menu bar here on this site. The longer way is to click on "Forums" on the left side of the screen, then scroll down to the AGoT section and click on "Game of Thrones LCG Deckbuilder." You can save your decks online, save them as text files, or save them as OCTGN files to be used when playing online.

Aug 07 2012 11:45 AM
Nice FAQ! As an addition to the last point, you can also click the blue deckbox on the bar at the top of the page to immediately go to the deckbuilder.